I voluntarily read an Advance Review Copy of this book

I was taken when I saw 'cupcake' writren on the cover. I didn't read description so when I finally started reading I wasn't really sure what have I gotten myself into. A few pages later I was so engrosed in story that I almost missed my station.
I liked how Lila got revenge on her ex-husband - taking photo of him nad his lover and posting it everywhere in the city. I would do something like that :D
Lila&Cade - their relationship was moving little to fast for my liking. But, what is important, it's not necessary bad thing. Not everything works for everyone and this story shows just that no matter what past you have, you'll find hapiness even if not looking for it.
And Moose. Poor Moose, he just wanted to earn some money and look how it ended... Lila taken hostage and told to torture her boss. In the end everything turns right (if you don't count Moose's death), or as right as it can get.
It's short, sweet story that tells you love can happen everytime. I absolutelly loved it <3
P.s. English isn't my native language so I'm sorry for all of the mistakes. 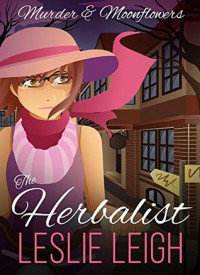 I was curious how it would turn out, and wasn't disappointed. It was great!
Melissa Michaels is the owner of market in Catalonia, Arizona selling herbs, fruits and other goods. One day one of her customers dies mysteriously and ME can't figure what was the cause of death. Local police suspects everyone - Melissa especially since she have the knowledge and would know which poison use. Local doctor want to help her and hires PI to find what really happened. Detective Brian Byrne comes to town and together with Melissa try to find the real culprit.
There is great chemistry between Melissa&Brian so I hope there is more of them in next book. I also would like to lnow more about other staff in shop (and customers too!) - they seem to be interesting people :)
Good work!
Cheers!
Gosia
Tweet

The only positive thing was sex. The rest... It was too much too soon. I would like more explnation about bears - are you born with it or it's some kind of disease? Or maybe something different?
Looking on a number od pages I was expecting longer and more detailed story not collection of different shorter and longer pieces.
Overall it wasn't that bad, but I would like to see more descriptions about things mentioned by characters, which would give a fuller understanding of them (i.e what happened in shrink past to make her think she was damged goods). Unless I missed something and all that I wrote is in book. Then I'm sorry for not noticing.
Best whishes
Gosia
Tweet 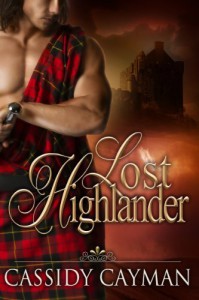 When I was sitting to read this book I was sure that it would take place in 1700s or 1800 somwhere in scottish village.

It was partialy true.

Everything starts when Evelyn's best friend Piper calls her after going to Scotland for her inheritance. After that everything just gets out of control - she gets first class pass on next day fly to UK, meets Sam, gets lost in manor, find 'lost highlander' and does everything to get him back to his time. And, completlly accidently, travel to Lachlan's times wit Sam.

When I got book from amazon - it was free and it was one of the reasons I choose it. Second reason - men in kilts. What can I say? They are hot :))
Tweet

I can honestly say that the ending wasn't what I expected after first few chapters. Title of the book is right describtion of things happening inside. Every few pages there was something that managed to suprise me, and I stopped wondering "What's next?", just dived head first into story.
Zack with taste, Carly with smell, Dan not so blind as it seems, and Sarah with her amazing hearing... I can't even imagine being one on them and suffer from this.
What's worse - even living among peple they couldn't really live with them. They were lonely 'till they met each other. Their senses dampened, but then they had the Guardian on thier backs, who constantly tries to kill them. Or so it seems at first look.
Their memories of previous lives... If you think everything untill then is bad - there is worse coming. How would you feel knowing what happend in your earlier life? Yeah, they felt that too.
Then there is Ash and Lea... I didn't know what to make of them. I couldn't fit them with rest. It was bugging me, like there was something missing but I couldn't figure what. Everything cleared when Ash told Carly and Zack the truth - he was the Guardian.
If he wasn't truly one on them then Lea probably also was something different - that popped in my mind when he revaled himself. And I was right! I think that was the first time, that I guessed correctly what will happen next (and it's almost end of book!).
Lea as the Awakened is most likely the biggest suprsise (at least for me). If you actually think about this (and all she revals later) it makes perfect sense. Otherwise how seven year old girl could be born the same time as Dan & Co?
The fact that Guardian was on Earth just to prevent the four from meeting each other 'too early' gives me creeps. And that the Awakened expected them to do what they were programmed for...
Come to think about it she reminds me of Dumbledore in that aspect (too much Harry Potter fanfiction lately).
Just because they were expected to do something, the same way the Guardian was stopping them from meeting, didn't mean they were going to do this. Especially since they got the whole story from the Awakened. They were willing to forgot about their happiness so the 'soulless' people could live.
I enjoyed reading The Labyrinth very much. It's one the books that keeps you on your toes to the last word. Good work, Dorian!
Tweet 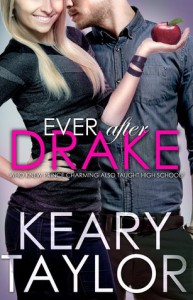 Reading about 50th page I wondered what will happen since they are already together. The came Diana and car accident and thingh got little more compicated. But in the end everything turns right and we have weeding to celebrate. Well, almost everything - Lake has changed. I'm curious what happend to him?
The best thing about this book? It tells beutiful story of love WITHOUT sex scenes. There wasn't need for it and to me it shows artistry of autor.
You may need some tissues if you move easy, so have a few nearly.
Tweet 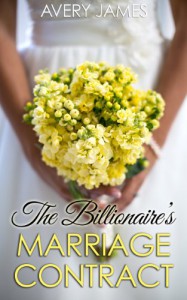 When I started reading this book yesterday, my first though was "I read it already somewhere". But then it came to me - my friend told me about this book, and on end she added "You will love it!". I was sceptic. In most cases, when it comes to books, we agree to disagree :)
But this time she was right! I love aunt Vi. Thinking about her makse me smile, and even if every other things was negative (but it isn't in my eyes) you shoud really read it. Sometimes I laughed so hard, my roommate thought I was crazy (I'm not saying, that I'm not :P).
Ethan's proposition seems out of blue, but in reality it isn't. From start there are signs that somethin was beetween him and Amy in the past. Love makes people blind, eh?
It's easy to read and if you have time - do it, you won't regret.
Tweet 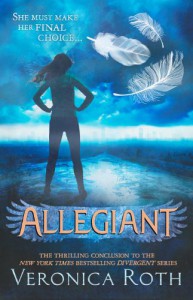 Honestly it was not an ending I was expecting, but I like it none the less. Form in which the book sie written first gave me some trouble to get used to.
Book is good, there are a few unexpected turns of action, so you can't get bored with it. I'm just sad about ending :(
Tweet

It's hard to write review of this book. Not because I didn't finish it (I did), but because everything that is in it happened in real life.

Antonina & Jan Żabińscy were hidding Jews in thier Zoo, under noses of Nazi officers. They didn't want anything from people they were hidding, just that they live through all. Everyone got animals nicknames, and animals had 'normal' names, so it would be harder to comprmise.

They were hidding them in plain sight - thier house was open, and there always was someone new, so Germans didn't suspect much if they didn't recognize everyone there.

If you were hidding something you wouldn't invite one looking for it to place where it's hidden, right? Al last it's what Nazi officers thought.

They, along with other Polish families, saved lives of many Jews, even knowing they may lost thiers. They did what was right, not what was easy.
Tweet

The Enemy by Lee Child